The charms of BTS‘ Jungkook have spread far and wide. The 2022 Global Hallyu Trends survey by the Korean Ministry of Culture, Sports, and Tourism is proof of the same. The list of the most popular K-pop artists based on their survey was released a few days ago.

While BTS, BLACKPINK, and PSY rule the top three ranks, Jungkook, V, and Jimin rank individually on the list too.

As per the list, BTS’ Jungkook, the Golden Maknae, is also the third most popular K-pop male soloist, after PSY and G-Dragon. The idol even ties in at rank 11 with two groups, GOT7 and Super Junior.

According to Korean Ministry of Culture, Sports and Tourism, Jungkook ranks as the Highest BTS member in their survey for the Top 15 Most Popular K-Pop Artists in the World. 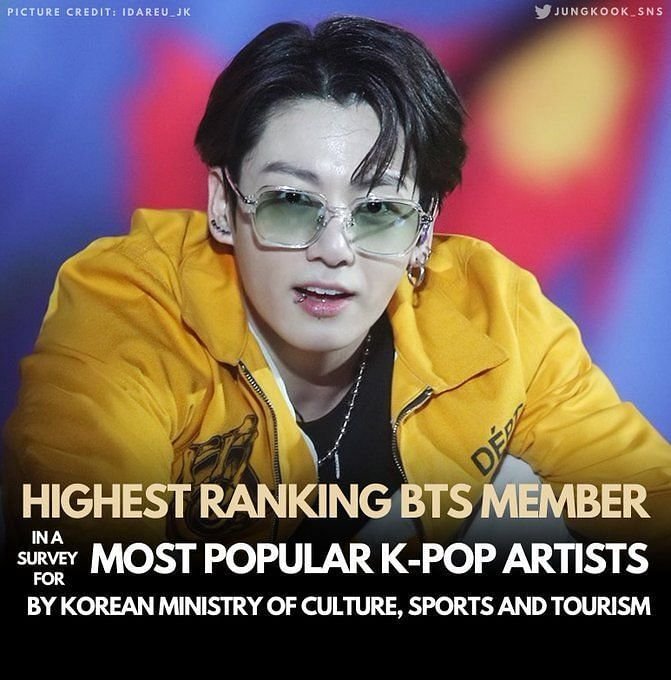 According to Korean Ministry of Culture, Sports and Tourism, Jungkook ranks as the…

6 Noona Romance K-Dramas That Will Make Your Heart Flutter