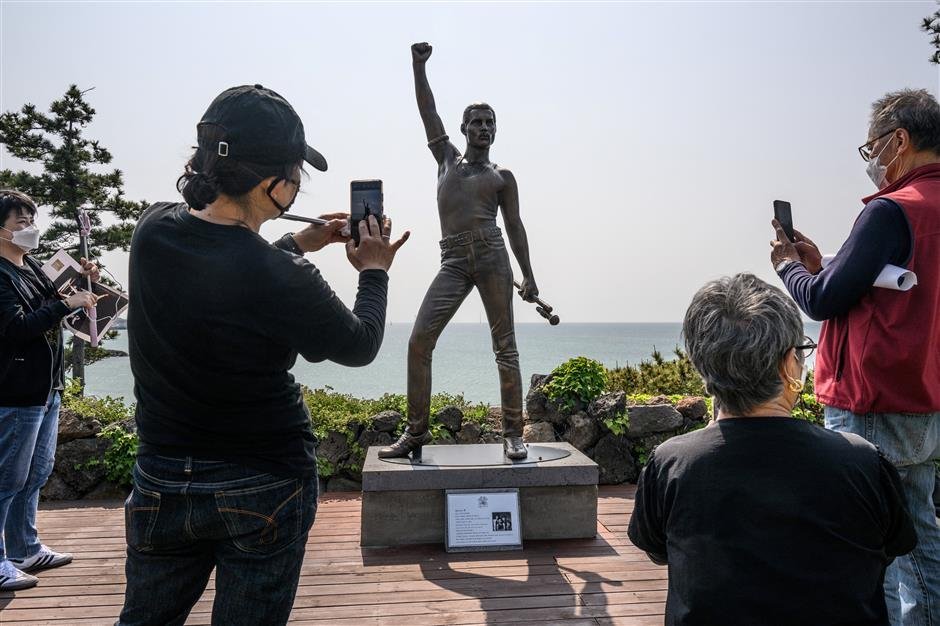 Fans take photos of a statue of British rock group Queen’s lead singer Freddie Mercury, after the statue was unveiled outside a restaurant on the northern coast of Jeju on Thursday.

A die-hard Queen fan unveiled a life-size bronze statue of Freddie Mercury on Thursday on South Korea’s resort island of Jeju, after an eight-year quest to honor his late hero.

Jeju businessman and Queen superfan Baek Soon-yeob, 57, used to listen to bootleg recordings of Freddie Mercury – who died of AIDS-related complications in 1991.

Queen’s music was banned in South Korea in the 1970s by then-military dictator Park Chung-hee’s regime, which considered it “unsuitable” in…

Where To Watch Kdrama Itaewon Class Online With English Subtitles?

A baby for sale in Korean drama ‘Broker’ – ARAB TIMES